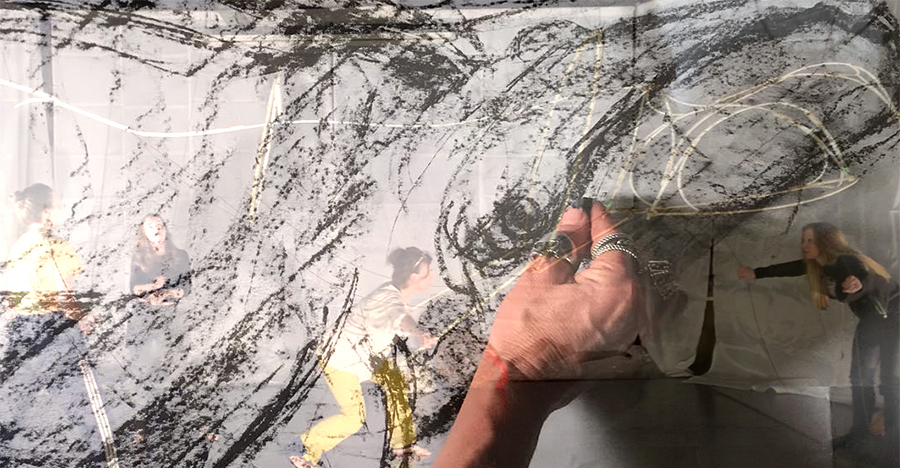 In fall 2018, I was involved in the early stages of collaborative conversation with Maine-based artist Marty Pottenger, who was creating a performance about the climate crisis. As part of this project, I was asked to consider designing and building a life-sized North Atlantic Right Whale puppet. I mulled the challenge, studied the whale, and began to think about the construction of the body and its metaphoric, poetic potential.

In January and February 2019, White Box Theatre was in residence with Philadelphia-based dance and puppetry company ArcheDream for Humankind for a six-week workshop.

We planned to spend the residency making puppet prototypes and finding movement vocabulary. Though the Maine collaboration ultimately was not possible, the research on the whale and journal entries remained. During the Archedream residency, we returned to images we had begun to explore with the Furies and Clytemnestra in The Eumenides (2016) as well as images from the evolving Gilgamesh project (2018).

In the story of Gilgamesh, the title character tries to overcome his existential despair by seeking out the man who survived the flood. Gilgamesh learns that the goddess Ishtar flooded the Euphrates in an attempt to get rid of human beings who had built a dense and noisy civilization. Another god takes pity on the human beings and tells one of the men in secret:

“Take apart your house, it’s time to build a boat.”

I love the invitation and urgency of this line …

We are collaborating with cellist and vocalist Rachel Icenogle to experiment with sound alongside the evolving imagery.

We will continue to develop sculpture, puppetry, and performance and are seeking workshop opportunities with all ages. 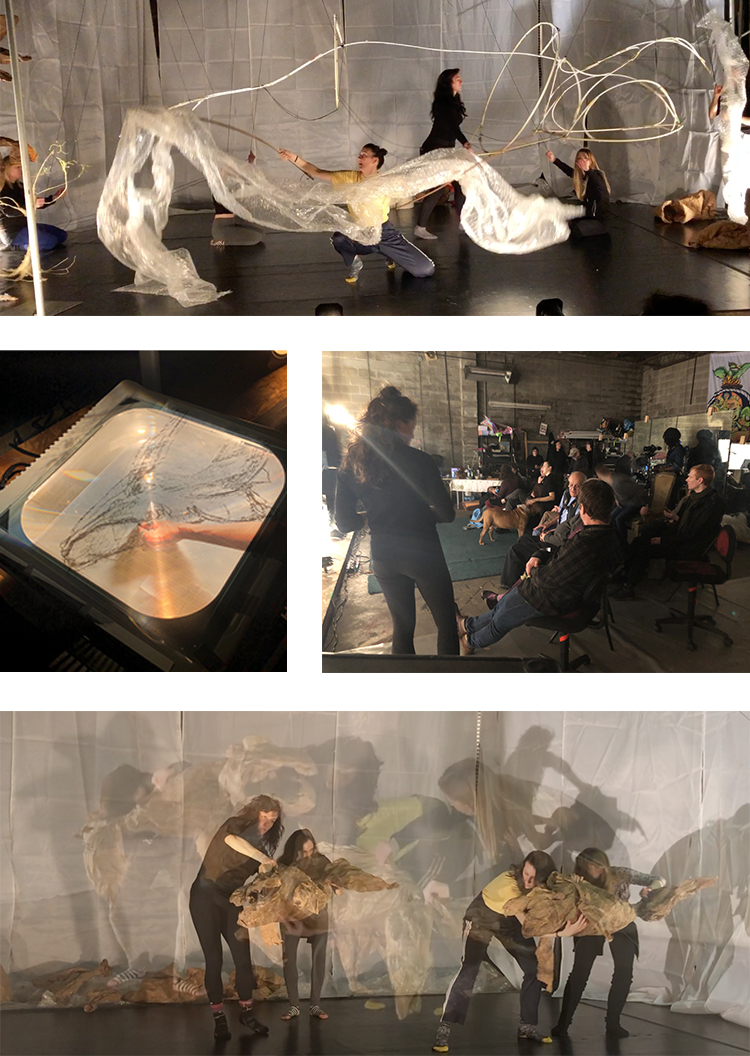 Take Apart Your Houses from Sebastienne Mundheim on Vimeo.

February Public Showing - After 18 hours of workshop time and 20 hours of building, we shared our work with a small audience.

Rehearsal and Building - Studio and rehearsal time. Early exploration of the North Atlantic Right Whale in preparation for a full- scale interdisciplinary performance. This is our fifth time in the studio together, building puppetry, movement, sound, and metaphor.

This performance requires a 30-ft x 30-ft stage area. The workshops can be held in flexible studio spaces. We imagine developing this as a short piece that can be performed in a loop in a public space with an inter-generational, changing cast. 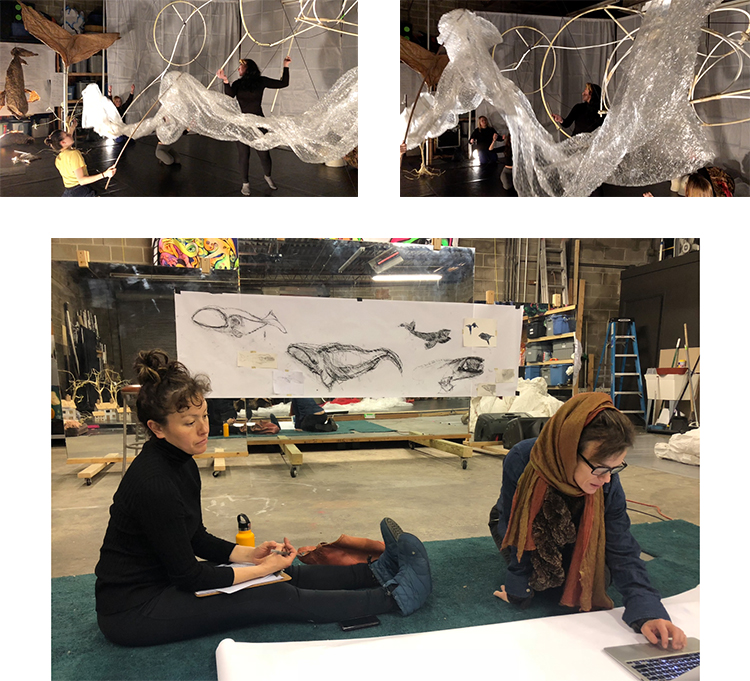 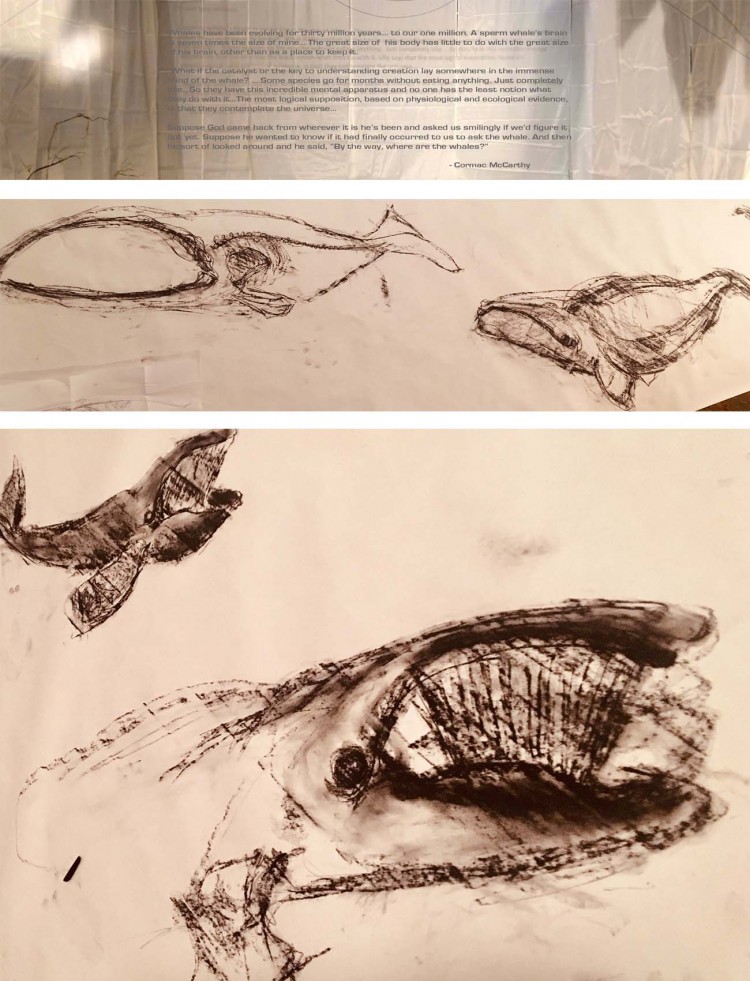