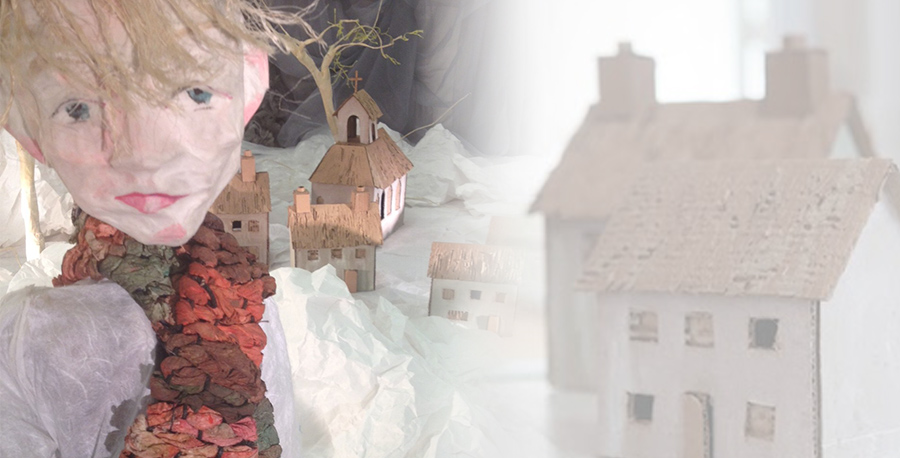 A Child’s Christmas In Wales

"Words cannot express the euphoria … returning theatre to its roots in storytelling, imagination, and making tangible the impossible."

The Lantern Theatre Company and White Box Theatre collaborated to make an original adaption of Dylan Thomas’s well-loved poem A Child’s Christmas in Wales.  Thomas’s playful smart language takes us through a Christmas day in Welsh seaside village through the eyes of a boy inviting us to join him as he relives his childhood: a larger-than-life world of imagination, myth, and wonder. United with Thomas’ comic prose Mundheim’s three-dimensional storybook (sculpture, puppetry and physical theatre) transports audiences of all ages, bringing this classic poem to life. Running time 60 minutes

"The language is enchanting and the poetry shines with an unearthly radiance."

" … captures all the warmth, nostalgia, and childlike wonder of the original, [poem] …”
“... enchanting theatrical vision."

Interviews on the making of “A Child’s Christmas in Wales”

"A Child's Christmas in Wales is a Christmas show for people… who love stage enchantment without cliché or trite sentimentality. Do yourself a favor and recapture some of the innocent magic of childhood as displayed by this wonderful piece of work."

“A Child’s Christmas in Wales ” includes in-depth hands-on workshops in visual, literary, performing, and media arts. While the performance is a wonderful experience on its own, follow-up workshops allow viewers to explore the themes and concepts introduced in the performance in greater depth. Workshops can vary in length and number and can be tailored for teachers, students, performing arts groups, and topic-specific groups including: literature, sculpture, puppetry, movement, and storytelling.